Dictionary of 50,000 surnames and their origins published

Home/News/Dictionary of 50,000 surnames and their origins published
Previous

Dictionary of 50,000 surnames and their origins published

Four-year study by linguists and historians of British and Irish records back to 11th century analyses family names.
“What’s in a name?” Juliet asked as she and Romeo tried to puzzle their way around the troubling problem of their warring families. Well, plenty, the most detailed investigation into surnames in the UK and Ireland has found.

A team of researchers has spent four years studying the meanings and origins of almost 50,000 surnames, from the most common to the highly obscure.

Some names have been around for many centuries while other more recent arrivals are explained for the first time in the work, the Oxford Dictionary of Family Names in Britain and Ireland, which is published on Thursday.

There are dozens of obvious ones linked to occupations, such as Smith (a name carried by more than half a million British and Irish people), or to place names, such as Leicester, Sutton or Green. There are also many that began life as nicknames, such as Longbones and Goodfellow.

But there are also some that could not be guessed at, such as Campbell. The surname used to be represented in Latin documents as de campo bello (of the beautiful field). Actually, the new dictionary spells out that it comes from the Gaelic for crooked mouth.

Richard Coates, professor of linguistics at the University of the West of England (UWE), said there was great interest in the origins of family names. (His own may stem from one of the numerous places called Coates, or from the Old English cot, for cottage or workman’s hut.)

“Our research uses the most up-to-date evidence and techniques in order to create a more detailed and accurate resource than those currently available,” he said.

About half of the 20,000 most common names are locative, meaning they come from places; a quarter are relationship names, such as Dawson; and a fifth are nicknames.

About 8% are occupational, including less familiar ones such as Beadle (church official), Rutter (musician), and Baxter (baker). The nicknames are not always straightforward: the early Shorts may have earned theirs because they were tall.

About the Author: Mary Keramida 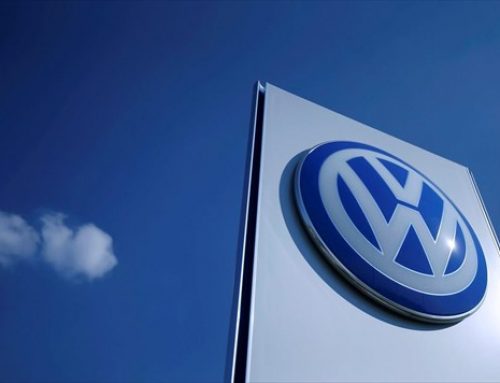 Volkswagen is changing its official language from German to English Gallery

Volkswagen is changing its official language from German to English

This site uses Akismet to reduce spam. Learn how your comment data is processed.